"One day, when Pooh bear was just walking along the bridge with a fir cone in his paw, in his own world, not looking where he was going (probably thinking about honey), he tripped over something. This made the fir-cone jerk out of his paw into the river.
"Bother", said Pooh, as it floated slowly under the bridge. So Pooh went to get another fir cone, but then thought that he would just look at the river instead, because it was a peaceful sort of day. So, he lay down and looked at it, and it slipped slowly away beneath him, and suddenly, there was his fir-cone slipping away too. 'That's funny,' said Pooh. 'I dropped it on the other side,' said Pooh, 'and it came out on this side! I wonder if it would do it again?"
A. A. Milne

Double Strength and Gallery 16 are pleased to present, Sticks in the River by Milo Moyer-Battick. The River Styx represents a border between earth and the underworld: the transitory state that separates the physical world we know and the invisible non-objective realm we imagine. The scanner and the printer share a similar responsibility of providing a gateway between the physical and the digital. The bulk of a written page leaves its physical inheritance and slips into a transient .pdf form. The .jpeg transversely takes on new 'flesh' in its printing.

'Sticks in the River' explores this transitory landscape. Hand-dyed cloth supports screen-printed digital imagery. Cameras, printers, and money-counters tread water in a stream of organic color. Panels of similarly colored washes prove to be born of digital bit-maps. Like the pooh-sticks hidden mid-journey beneath the bridge, a secret glimpse is exposed wherein the viewer can watch as one form travels from one side to the other.

Milo Moyer-Battick b. 1990 is an Oakland-based artist from northern Vermont. Moyer-Battick graduated from the University of Southern Maine with a BFA in printmaking in 2012, and currently co curates the east-bay's Massman Gallery. His practice involves a multi-media based approach to the printed image. 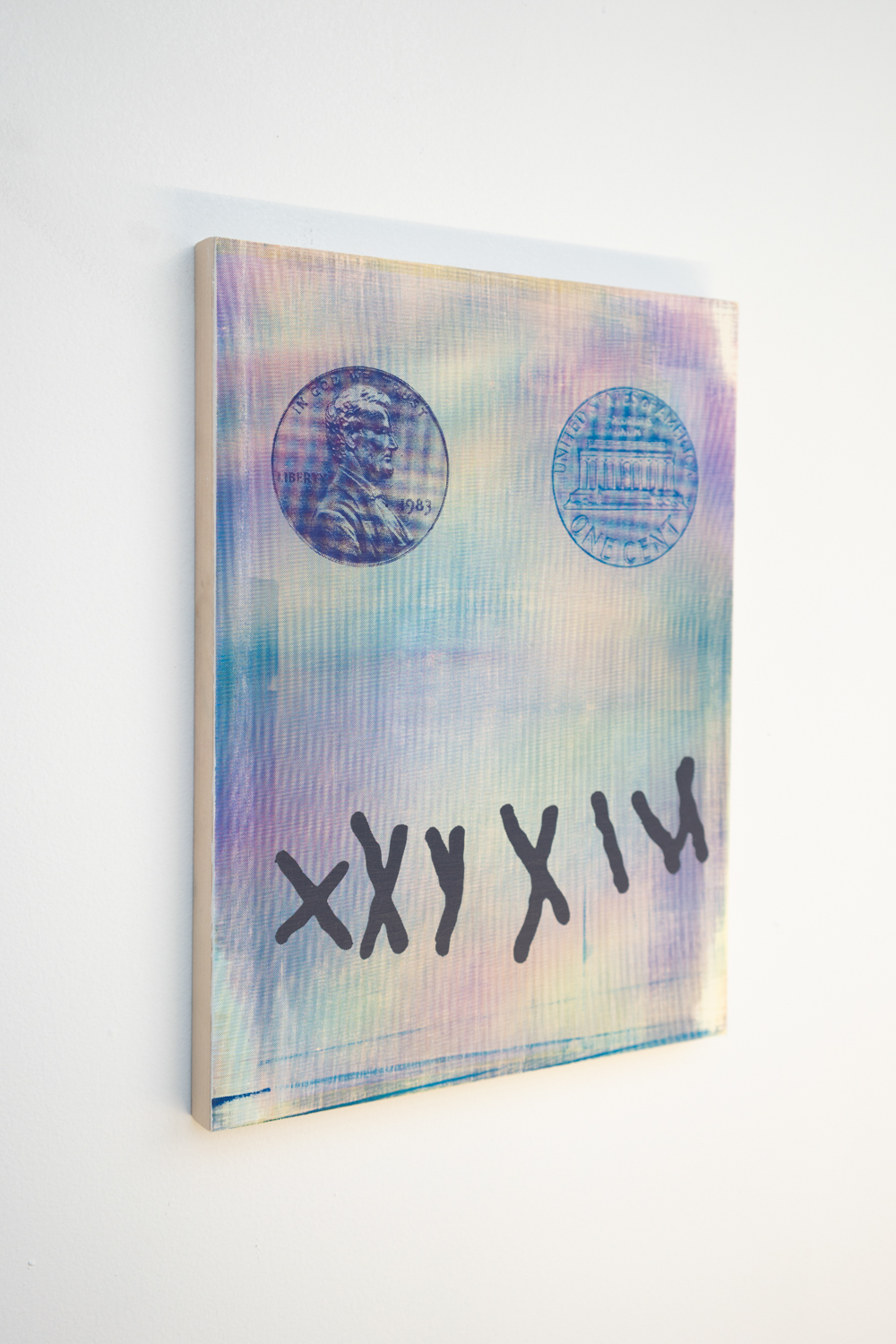 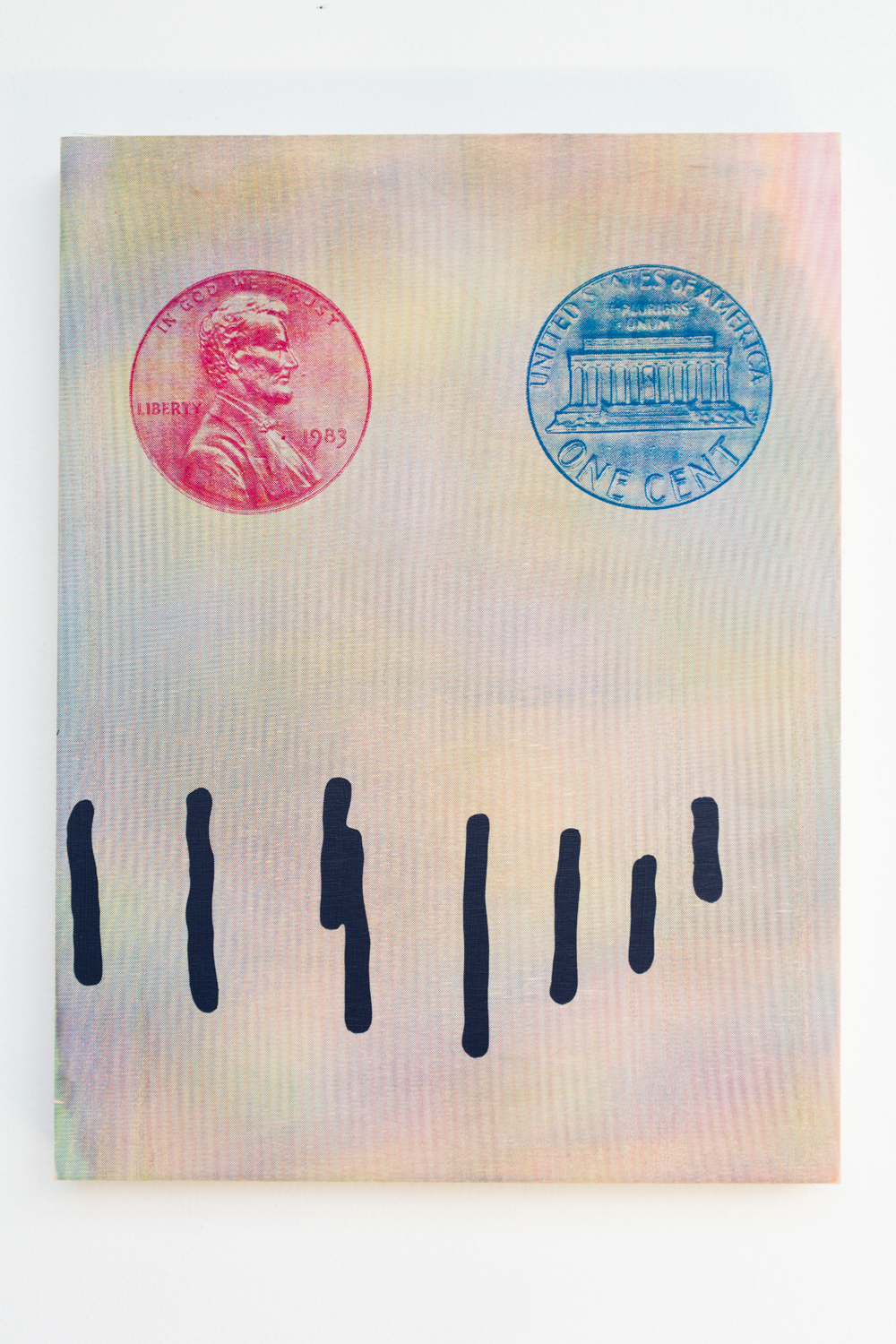 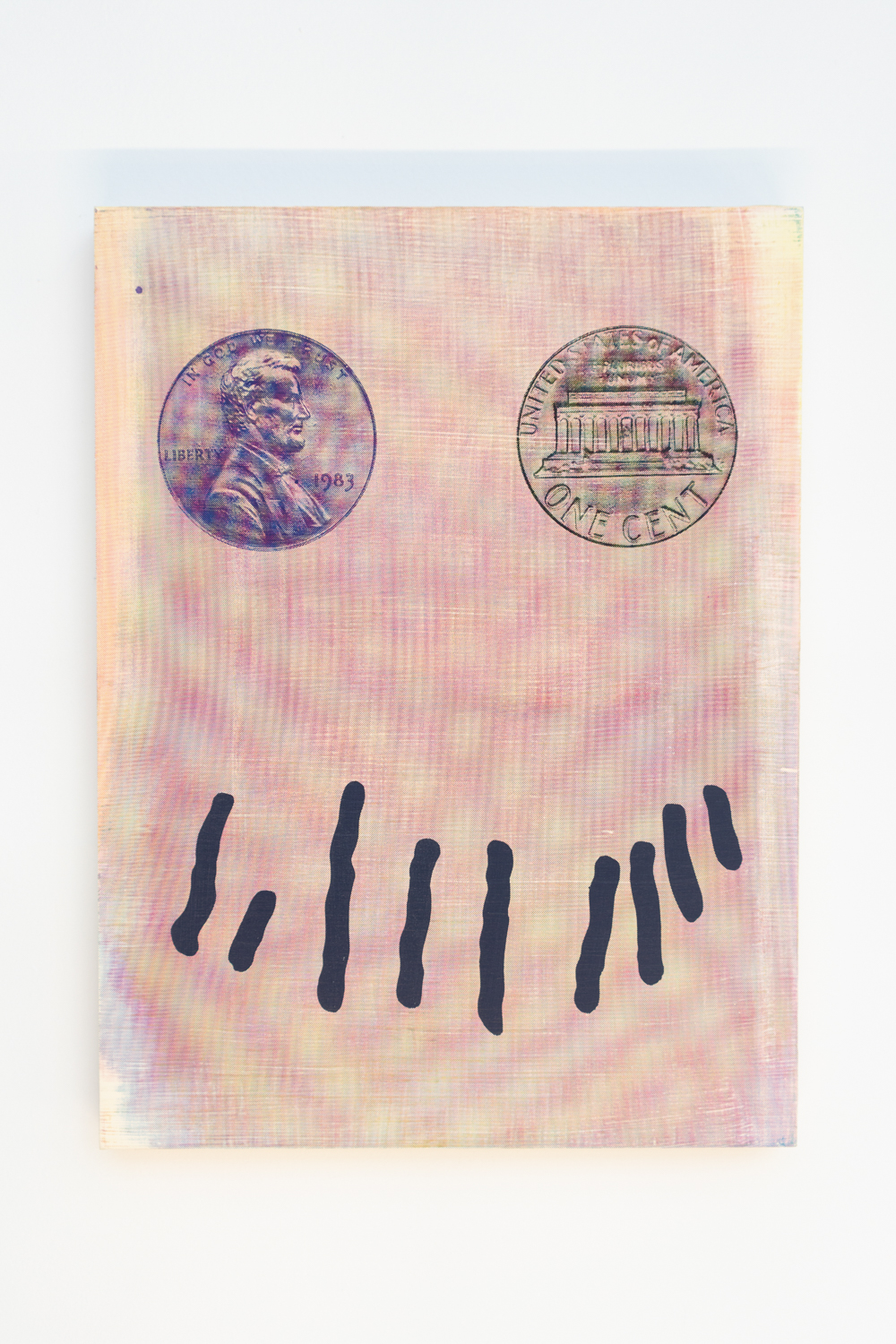 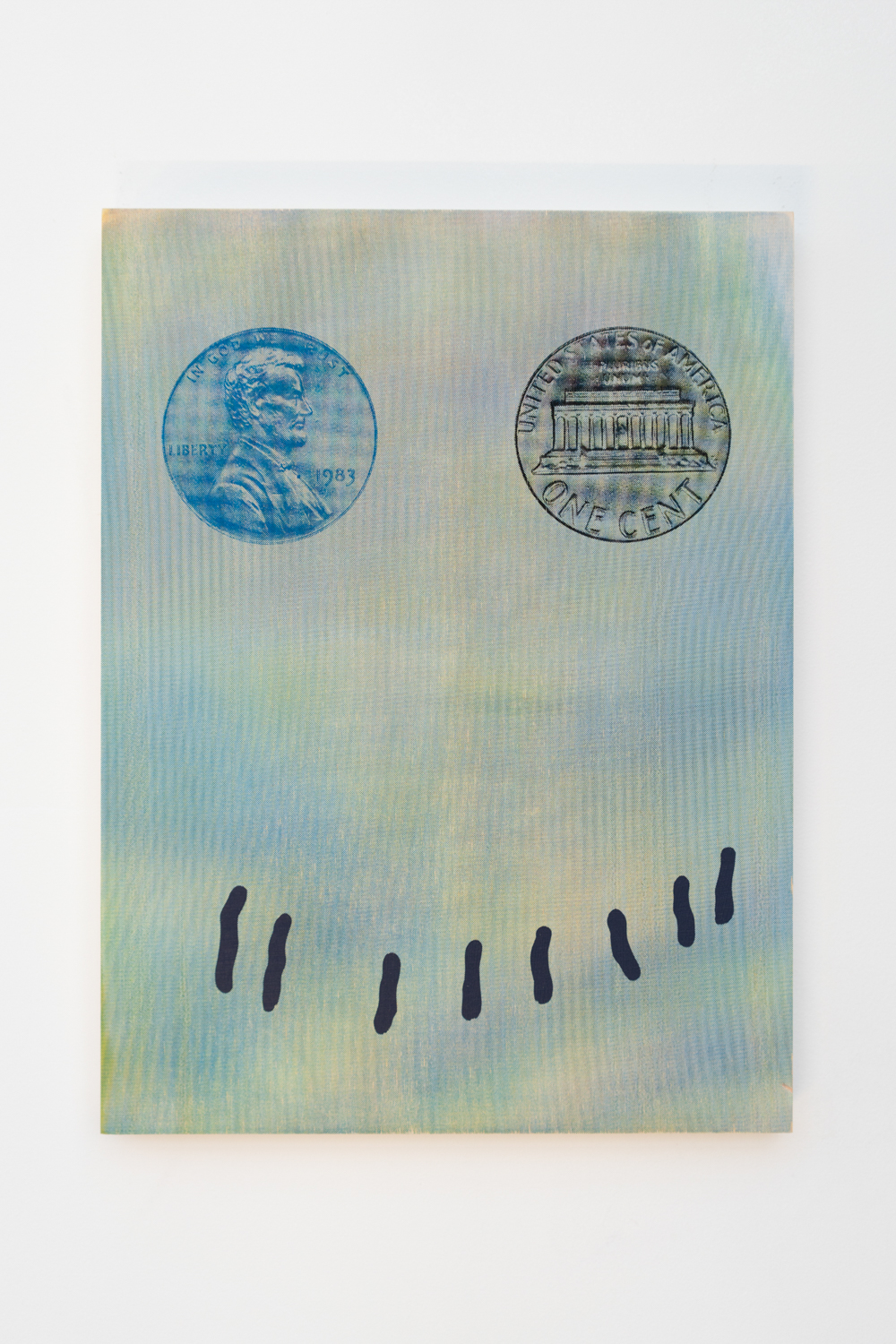 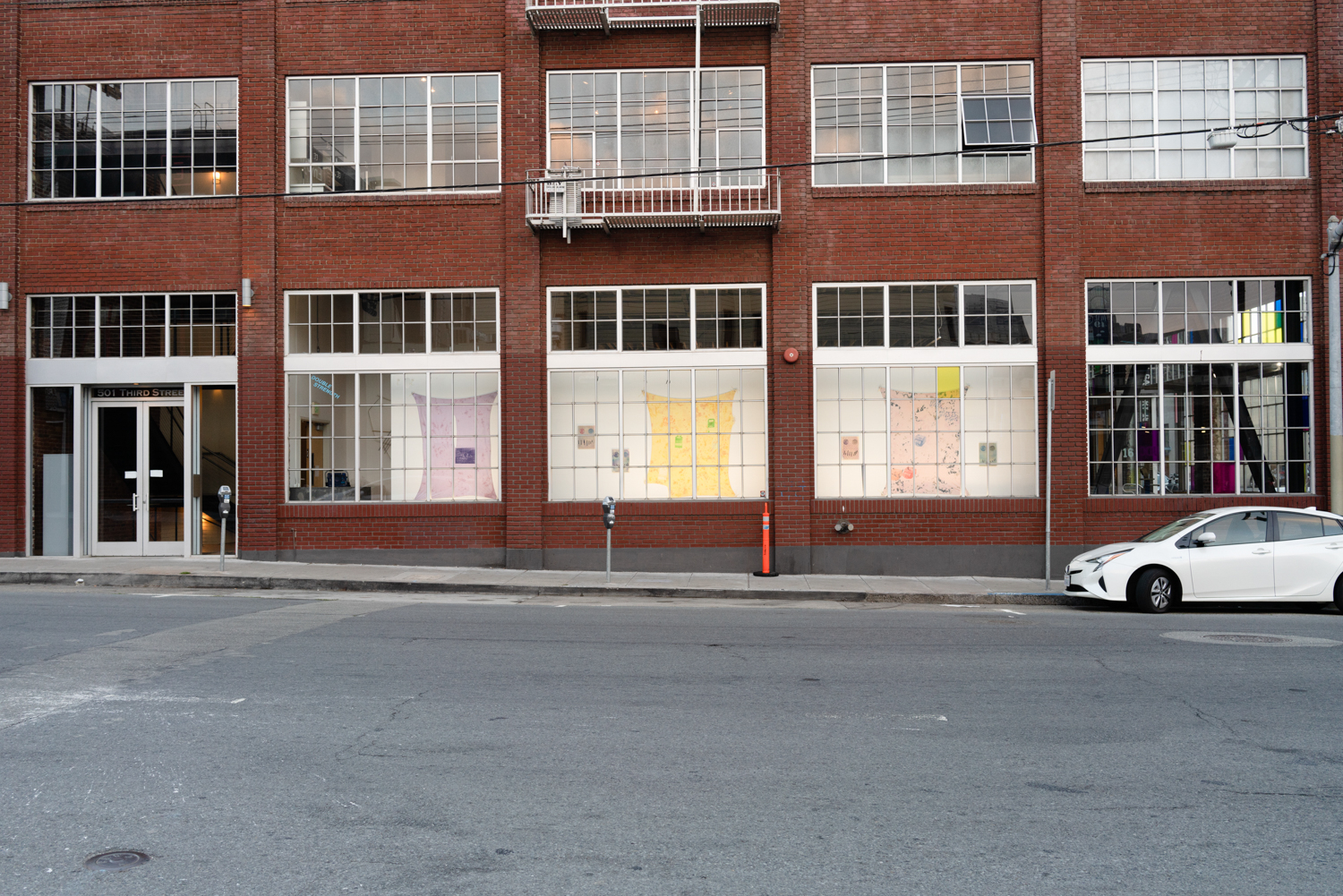 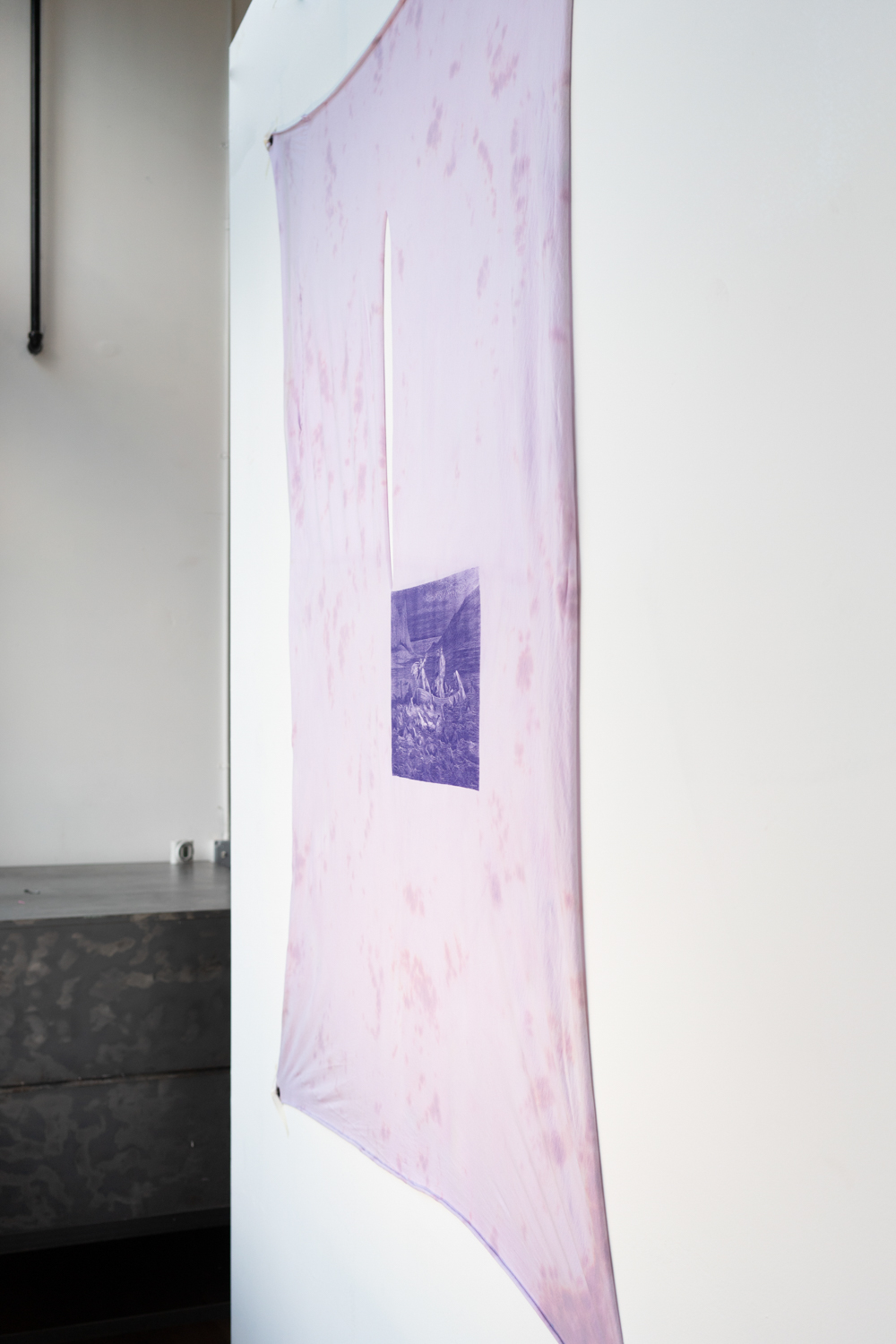 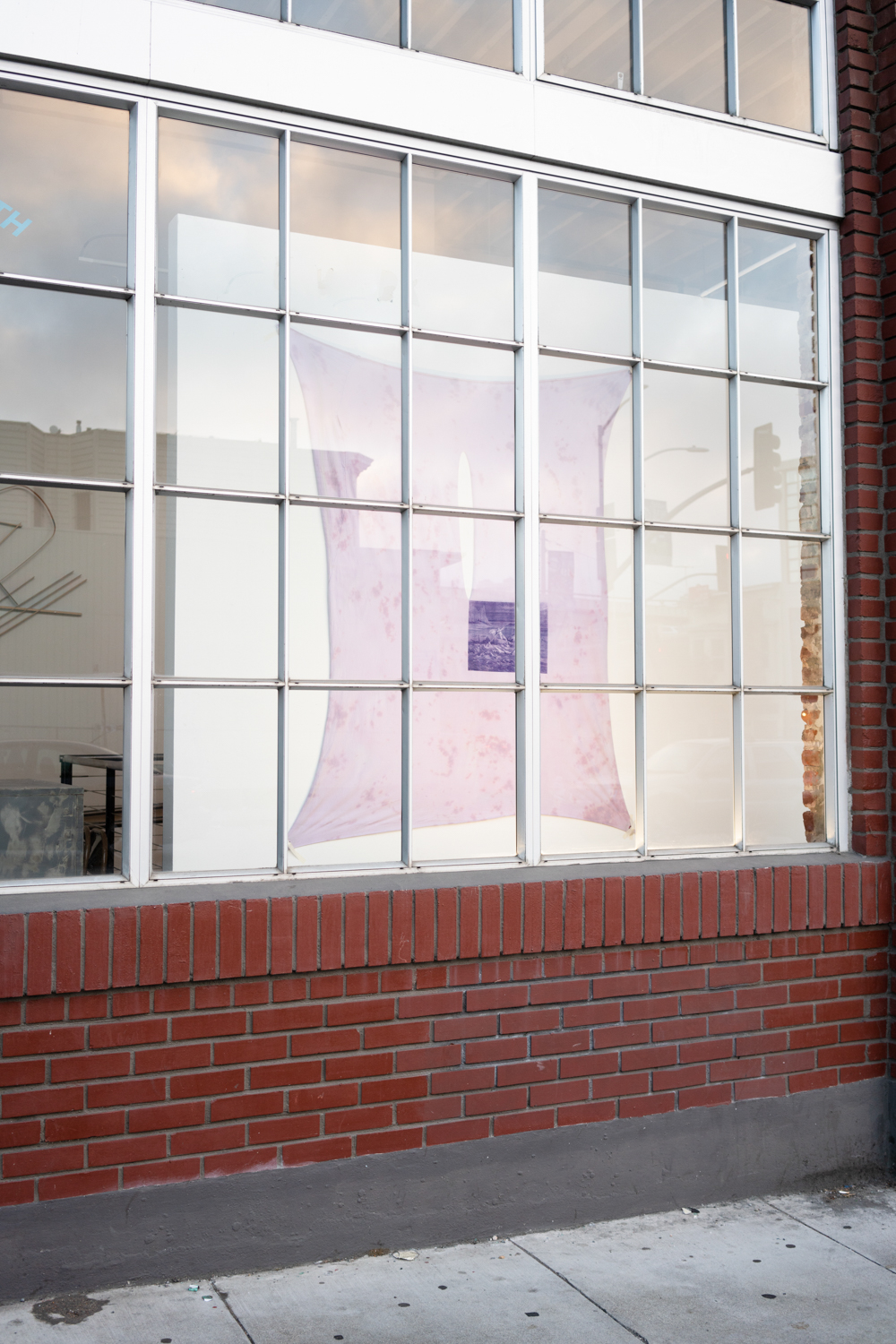 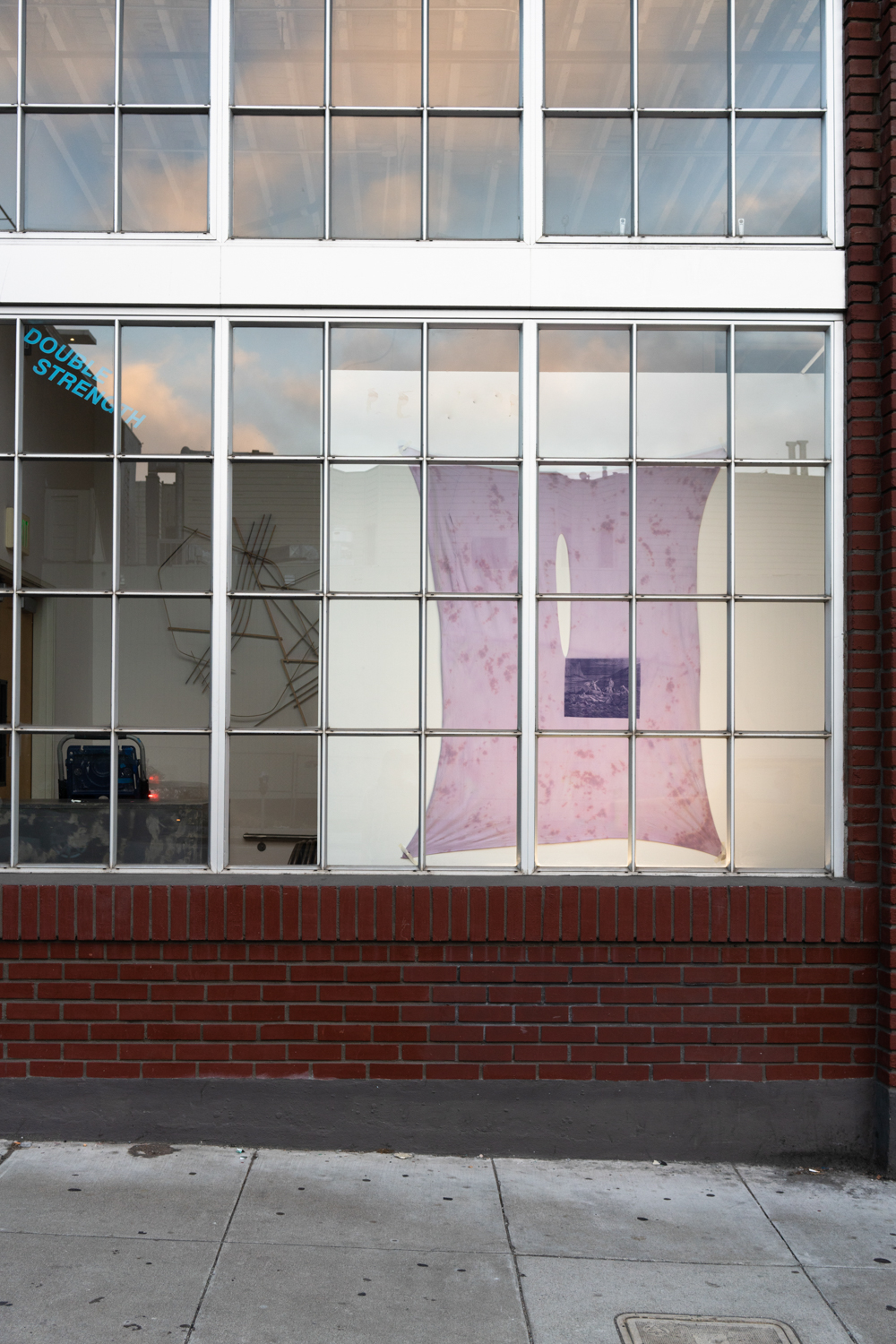 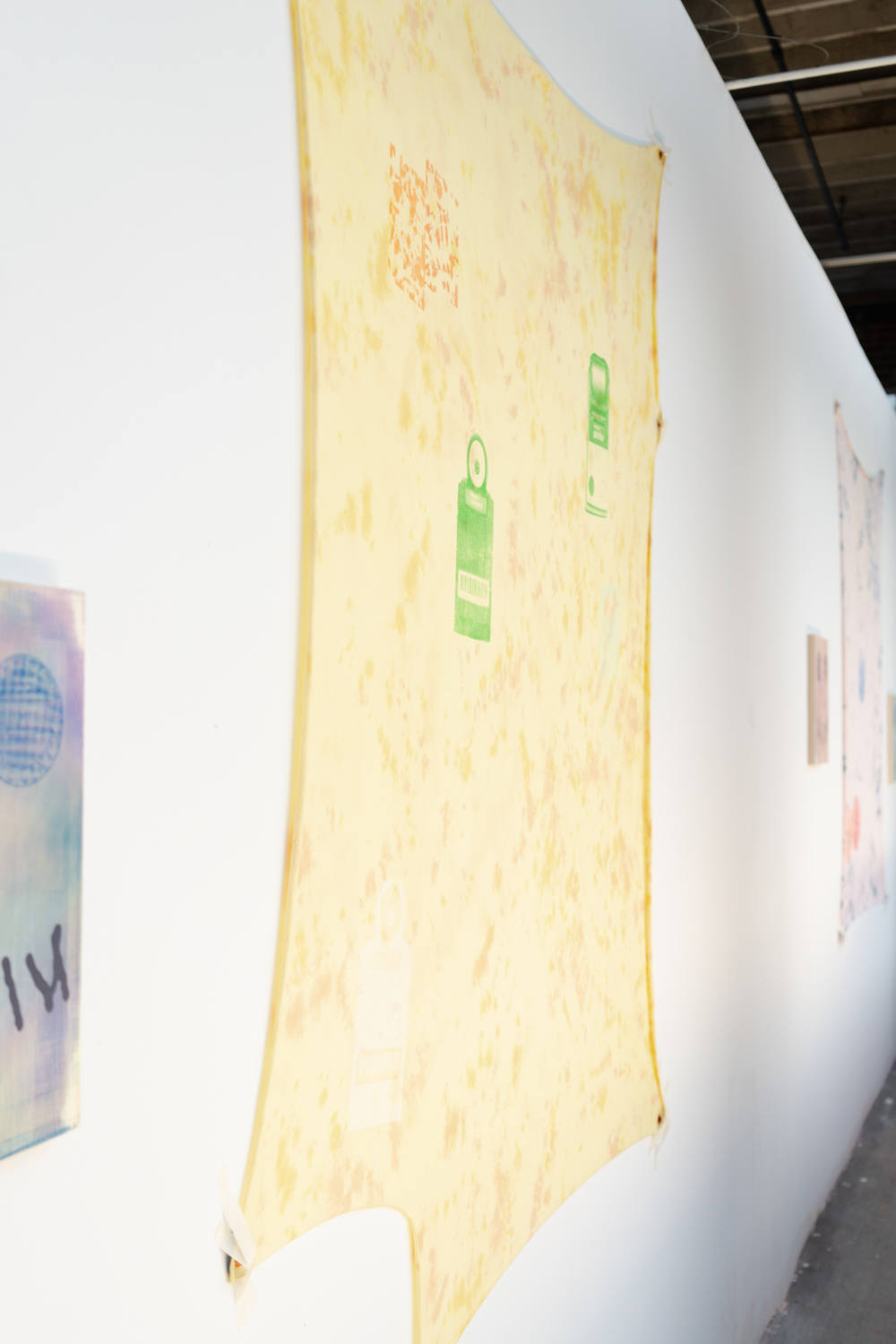 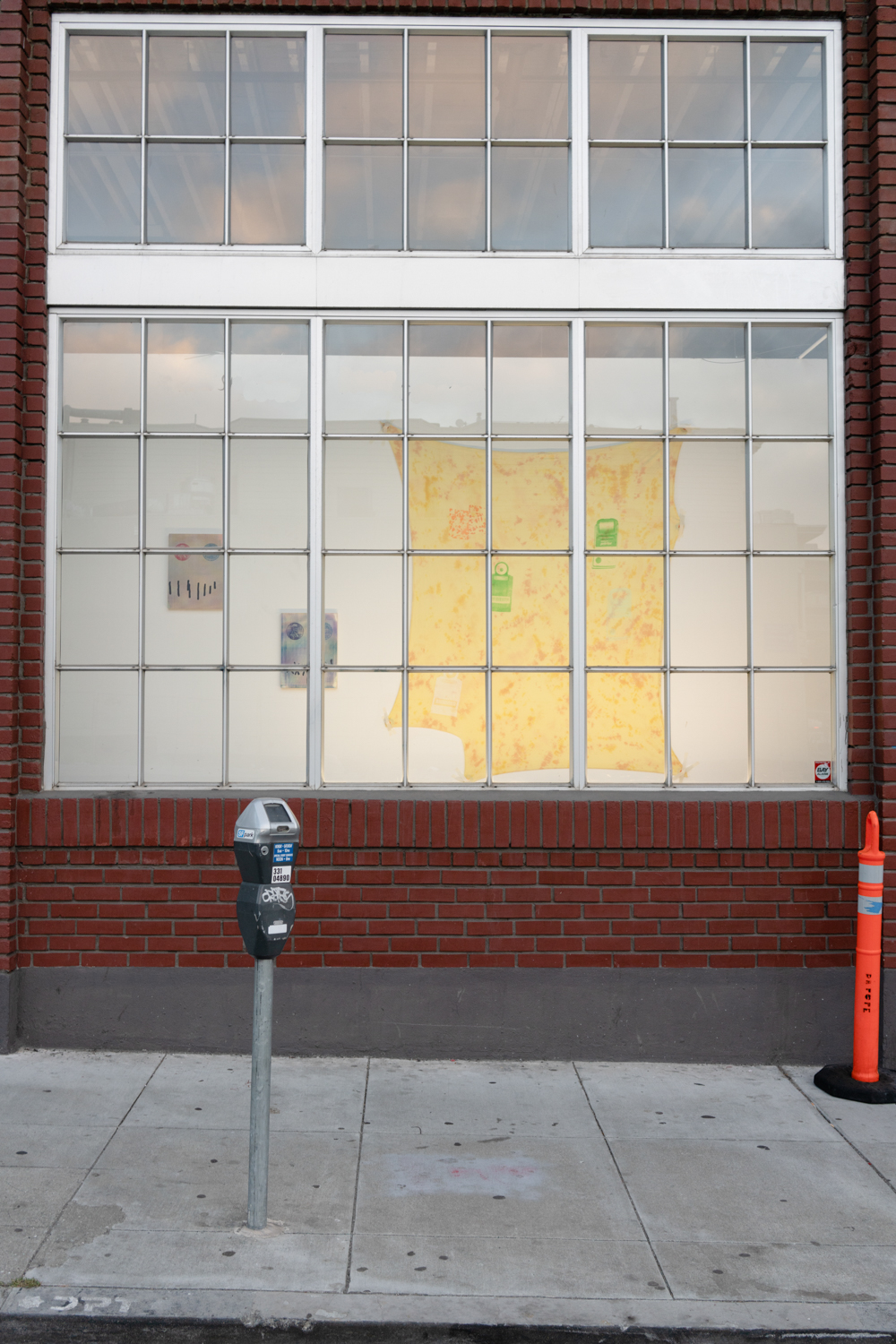 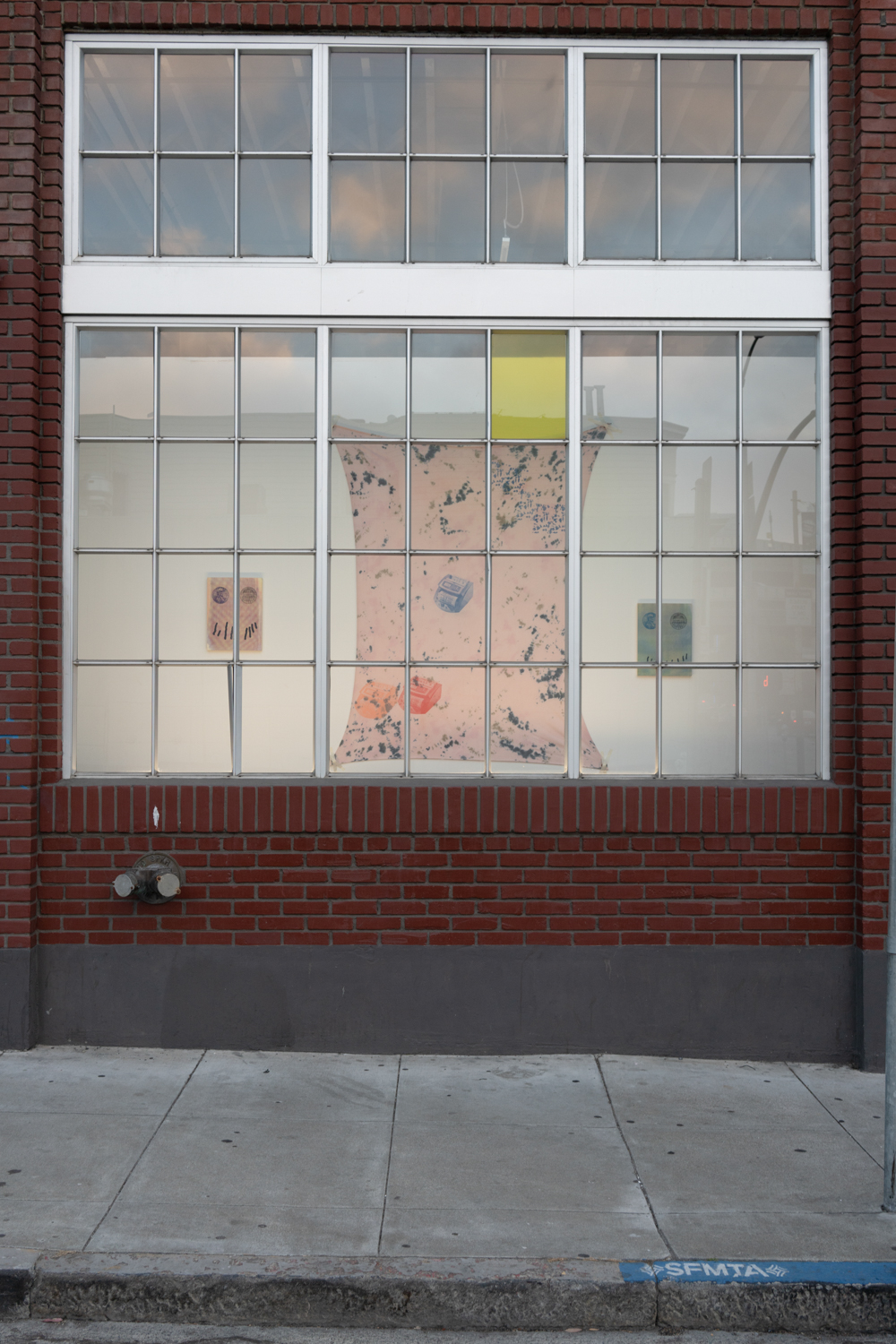 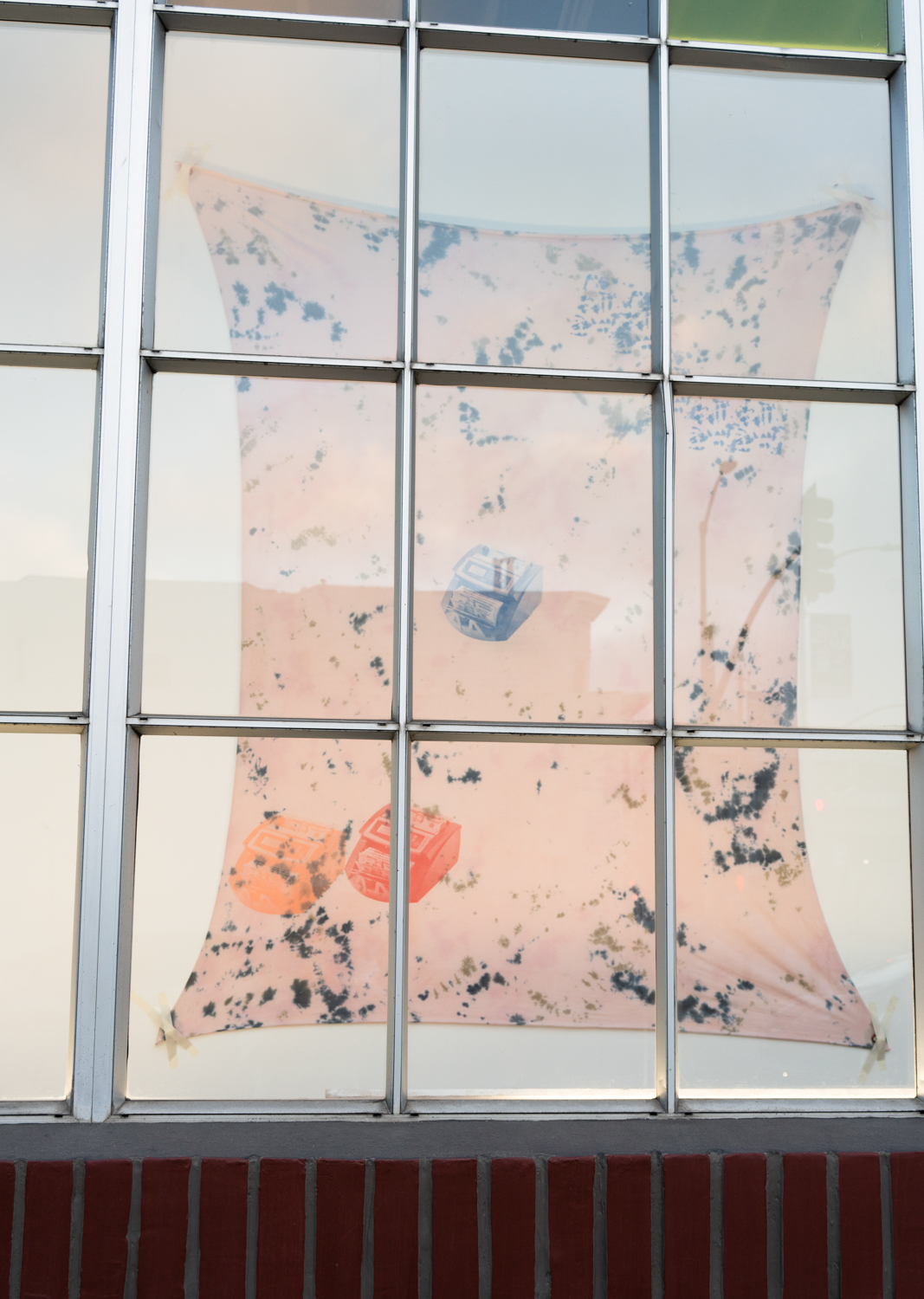